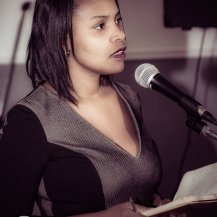 MINGLED VOICES is an anthology of poetry selected from the poems which were entered in the inaugural annual international competition for the Proverse Poetry Prize (single poems) in 2016. The Prize was founded by Dr Gillian Bickley and Dr Verner Bickley MBE, in association with the annual international Proverse Prize for unpublished book-length fiction, non-fiction or poetry, submitted in English, which they also founded in 2008. Poems could be submitted on any subject or topic chosen by each poet or on the subject chosen for 2016 by the Administrators, "The Environment". There was a free choice of form and style. Included in the anthology are the poems that won the first, second, and third prizes. Selection to appear in the anthology was also awarded by the judges for the Prize. The places of birth of the twenty writers whose work is included in the anthology range from Scandinavia to the Far East, to the southern hemisphere; and include Canada, Cap Verde, Cuba, Estonia, Israel, Italy, Macedonia, New Zealand, Norway, the People's Republic of China, Turkey, the UK and the USA. Some have strong links with other countries, including Austria, Chile, Holland, Hong Kong, the Philippines, Spain and the USA. The anthology has a Preface from Margaret Clarke in Oxford, UK and a message from Hasan Erkek, Turkey. Also included is an Editors' Note by Gillian Bickley and Verner Bickley. With the poets' brief biographies, photo portraits, and commentaries on their poems.